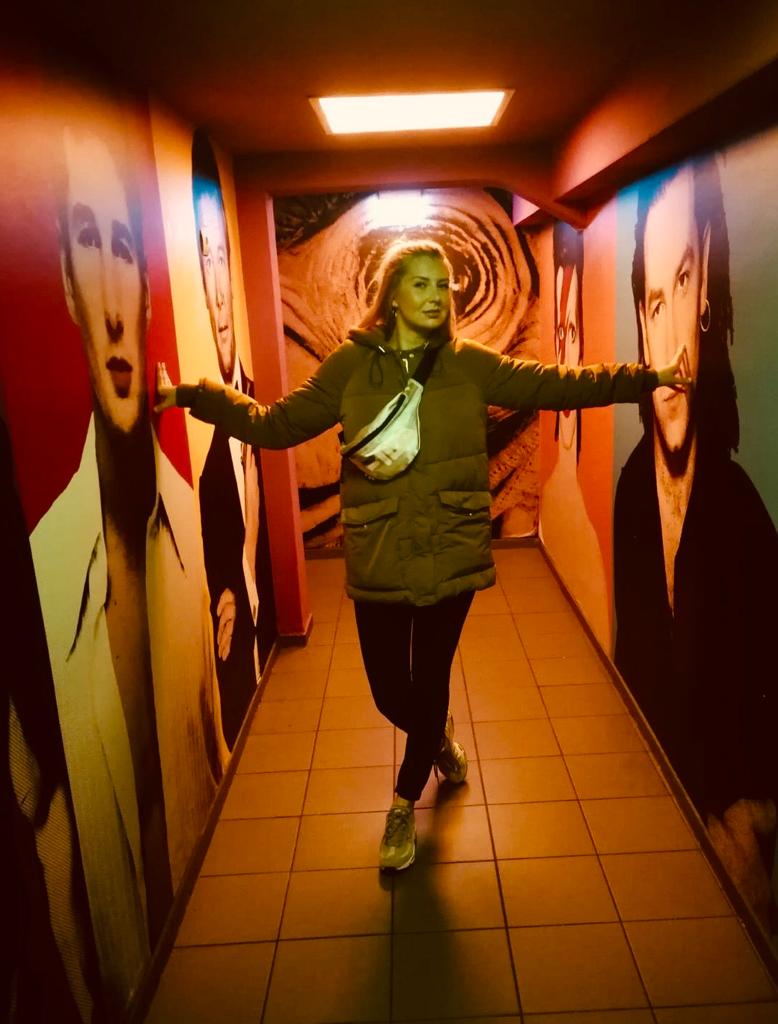 Irina Alexandrovna Smelaya aka Tatarka, is a YouTuber, producer and rapper who was born in Tatarstan and lives now in St. Petersburg.  In her tracks, Tatarka, which translates as “the Tatar woman”, raps in Tatar, Russian and English to cloud trap beats paired with electro accents, a thick dose of autotune and atmospheric synths.

Even though the language skills of some probably end with the Tatar lyrics of Tatarka, it does not seem to diminish the interest and enthusiasm for this artist and her music. With her 2016 released track “Алтын” / “Altyn” (“Gold”), the 28-year-old generates over 47 million views to this day and becomes known beyond the borders of the former USSR.  “Altyn” is also used as a synonym for the Russian three-kopeck coins and, in connection with the outfits of Gosha Rubchinsky and Vetements, stands for the new materialistic, expensive but unagitated, casual post-Soviet lifestyle in the track of the same name: “I want hype, I want vibe, I want a million likes […] I am golden, I am golden ” (“Мин телим хайп, мин телим вайб, мин телим миллион лайк […] Мин алтын, мин алтын”).

2017 follows the single “Pussy Power” and the line “No one fucking with my clique, clique, clique”, froms the powerful, female answer to Kanye’s, Jay-Z’s and Big Sean’s 2012 released hit “Clique”. 2019 Tatarka releases the track “AU” / “Hunting”, as well as the accompanying music video, which was shot in Uzbekistan. “AU” is a real representer- song, which makes it clear that she still has a lot on her rap agenda and is just in her warm-up phase: “I see that the soul grows, that the blood hardens, I refuel warmth, like the sun in the night, I am a hot fire and nothing else, the sky should be the border, but there is no such thing” ( Карашымнан өши җан, катырам кан, Төнлә кояш кебек үзем кыздырам, Мин бит кайнар ут, башка шундый һич юк, Песи күк шук, шундый-шундый һич юк).

Despite the enormous potential, 2017 Tatarka allows herself a fat faux pas on her single “U Can Take” and drops the N-word. This is where the tolerance for the choice of words ends, together with the understanding of the language! At this point, it is to be hoped that Tatarka’s awareness of her choice of words has changed and expanded significantly over the past three years.

Tatarka has been working on her debut album “Golden Flower” for two years now. It is finally scheduled for release at the end of October and will include both English and Tatar tracks. The first album release “Vroom” is out since 09.24.2020 and offers minimalistic lyrical spouts, lots of autotune and fat beats. It therefore remains exciting to see where the journey with “Golden Flower” will take us and whether the rapper’s language awareness has developed further.