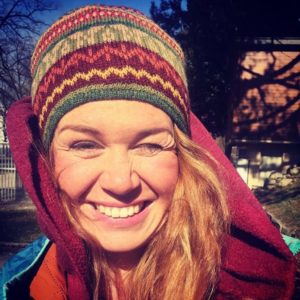 Alyssa stages her music with elements from art, fashion, dance and acting to create a multi-faceted work of art. By this way, the 24-year-old creates an art figure from different roles without being too much of a private person in the foreground. Her line from “Zone” perfectly represents Alyssa:

“You want to read me but don’t understand my nature and frequency, so don’t tell me you know me.”

Alyssa has been writing since she was 14. Impressed by kids that freestyled in the schoolyard her poems became more and more song lyrics. The record “Songs in A Minor” by Alicia Keys had a strong influence on her, because it was her first conscious connection to soul music from New York in combination with classical music. When she saw “Fallin'” on MTV for the first time, she was simply “completely blown away by Alicia’s singing, her voice and the authentic images of the music video”. In New York, Alyssa’s inner cinema then became reality with the shooting of her “A.K.A.B.” music videos. She herself describes the fictional trailer as follows: “I’m with my girls on a warm summer day in Brooklyn … how we get a drink in a bodega and then just walk through the streets and let the impressions inspire us. Loud music, cyphers, fights, sprinklers, South American food stalls and just a big breeze of diverse culture.”

In terms of fashion, the half-Spanish, with Filipino and Italian roots, “is less influenced by people than by epochs, cities or subcultures.”

This includes, for example, the voguing scene, gangs from New York in the 70s, the hippie and disco scene, the West Coast Chicano style and New York edgyness.

As one of the first “BoothSisters“, Alyssa already showed “the brothers” with a casual attitude ‘how it works’ in the format “BoothBrother&Sisters” by Figub Brazlevic. Conversely, she emphasizes that gender does not play a role in rap, rather she defines herself through “skillz, delivery, attitude and style”. With her first single “Neu” Alyssa proves that she is not just a female MC but a real vocal talent.

Influenced by Bahamadia, Biggie, Kendrick Lamar, Andre 3000, Moses Pelham, Common and Missy Elliot, Alyssa sees the meaning of life in ” loving, expressing and creating”. She does this best with her music.

If you want to know more about the nature and frequency of this artist: her debut EP “Neu” is out now, do not miss it!